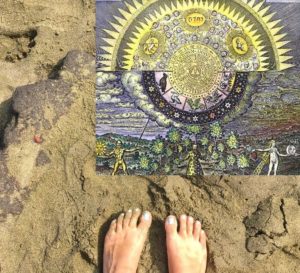 This Friday, March 9th around 11 AM will mark exactly 1 year since KONA 100.5 first made it’s connection with the LPFM radio world. It was like our very own moon landing after all it was ‘the project’ for the better part of 4 years and even 10 years dating back to days at KCOF which was also very much influential in the project. The entire construction process needed to be wrapped up with our final application due to be completely submitted by March 12th (which it was). Then on March 27th, we received approval from the FCC that we were officially an FM station.

So the month of March will forever be entwined within our roots and it is already taking shape to perhaps take us to that next level as we pursue our quest for long term and reliable solar power to keep our station on the air 24/7. There is still a multitude of hills to climb (such as the potential for an FM repeater) but we feel very grounded and honored by the many events, people and processes that have become part of our evolution.

Being able to re-broadcast from the Govinda show recently at Hilo’s Palace Theater made me reflect on the earliest days of capturing events live from sites on location such as Earthdance and even on Maui at the Mystic Gatherings.

How far we have moved forward in this past year with our LPFM station. We now have a structure in place whereby shows can be submitted thru a google drive online and rebroadcast easily on either of our two websites which feed our FM station. Such is the case with this past weekend’s 12th Avocado Festival organized and sponsored by the “Sanctuary of Mana Ke’a Gardens” which KONA 100.5 LPFM is linked to as part of our LPFM Charter.

Radio Alchemy now is broadcast on a nightly basis from 7 pm til 1 AM. It has many plans ahead to allow DJ’s to take part in our programming from not just Kona, but from around other parts of the island as well. It was part of the original vision for us to be able to expand our format in this way with 3 – 2 hour shows 7 days a week.

In time, we hope that podcasting can also be in the works for shows to replay by our audience at their own convenience. Also, we hope soon to be able to post calendars of events and community forums to become even more interactive.

So as we march into year #2 for LPFM, we hold these visions inspired by the Alchemy around us. There has been so very much of that magic in recent times which we are very grateful for amidst all the chaos that may be happening around us. Please allow this community to embrace and partake in our project. Now is the time for our awakening!